Over the past 6 months, our girls touch team have competed in many tournaments and friendly matches against fellow schools including JIS, SPH, Global Jaya and BSJ. The final tournament for the JAAC titles held last Saturday, ended with deserved success and AIS taking home their first JAAC girls touch banner. It has been a hectic and at times bitter experience for the girls touch rugby team. The team have lost close games, losing captain Nicole due to injury last year and departing mates. However through hard fought wins, a tenacity to play tough and fight hard for each other, the team grew as a tight group of players. Touch rugby has so far been an activity that has brought its members pride, joy, experience and a chance to find one's passion.

The boys have played excellent touch all year, being unbeaten through the five tournaments. However on Saturday against SPHLV, in what was a final, they had to fight to come from 0 - 1 behind at halftime. There were arguing and mistakes, which were proving costly, and after some cool talking and honest appraisal at halftime, the team managed to regain its composure and fight through to win the Senior Boys JAAC title for a clean sweep of titles for AIS. 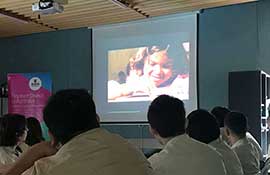 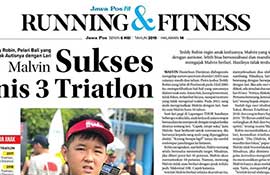